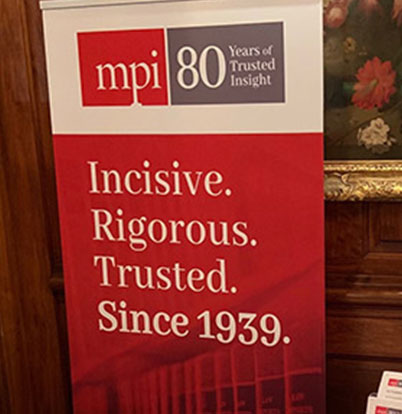 The Honorable Yvonne Gonzalez Rogers, in the Northern District of California, issued an order last week granting class status to an action brought under Rule 10b-5 of the Securities Exchange Act against Advanced Micro Devices, Inc. (Babak Hatamian, et al. v. AMD, et al., 14-cv-00226 YGR).  Judge Gonzalez Rogers referenced Halliburton II standards, among others, in deciding two key issues – namely, whether Plaintiffs are entitled to invoke a presumption of reliance under the “fraud-on-market” theory to show reliance classwide; and whether Plaintiffs can show that a common damages methodology can be applied to all class members.

AMD is a global semiconductor manufacturer founded in 1969 and located in Sunnyvale, California. Plaintiffs allege that AMD issued false and misleading statements to investors regarding the viability of its new microprocessor known as “Llano” given the significant supply constraints for this product due to low yields.

According to the Complaint, in the months leading up to the June 2011 launch of Llano, Defendants pumped the market’s expectations, stating that AMD had “ample product available” and was
“well positioned” to capitalize on seasonally high back-to-school sales. Corrective disclosures related to Llano’s yield issues came later, causing AMD’s stock price to plummet. Plaintiffs were seeking certification of a class of investors who purchased AMD stock between April 4, 2011 and October 18, 2012 at artificially inflated prices and where damaged thereby.

One of the two issues imperative for class certification is the ability to invoke the “fraud-on-market” presumption of reliance, negating the need to prove individual reliance on the alleged false information. Plaintiffs can invoke the presumption established in Basic, Inc. v. Levinson if they can show that the security traded in an “efficient market” and that the transactions occurred during a period of artificial inflation in the stock. Halliburton II established that the presumption of reliance is rebuttable, and, in this case, Defendants argued that Plaintiffs did not show that AMD’s stock price exhibited a statistically significant price increase when the alleged false positive statements were issued. Therefore, they argued that the misinformation did not affect the stock’s price.

Judge Gonzalez Rogers explained that there need not be a price increase when false information enters the market, recognizing that “a misstatement may cause inflation simply by maintaining existing market expectations, even if it does not actually cause the inflation in the stock price to increase on the day the statement is made,” quoting In re HealthSouth Corp. Sec. Litig., 257 F.R.D. 260, 282-83 (N.d.Ala.2009). She ruled that it is enough for Plaintiffs to show that when negative truthful information emerged the stock price declined, thus establishing a link between the prior false statements and the price.

The second issue Defendants raised was that damages, in this case, could not be reliably measured on a classwide basis, purportedly relying on Comcast Corp. v. Behrend, 133 S.Ct. 1426 (2013). Plaintiffs’ expert did not opine on damages but stated that a standard “event study” measurement of damages in 10(b) securities cases could be applied.1 Judge Gonzalez Rogers concluded that this satisfied the issues in Comcast. Defendants next argued that the liability issues were too complex for a one-size-fits-all approach to damages, citing In re BP P.L.C. Sec. Litig., 2013 WL 6388408 (S.D.Tex. Dec. 6, 2013). Not persuaded, the court found that the event study methodology was “proper” in measuring damages in securities cases. In addition, last week’s ruling affirmed that “Plaintiffs need not show loss causation as a condition of class certification,” relying on Halliburton I, 131 S.Ct. at 2186.

Empirical evidence points to timely resolution of securities cases following class certification, highlighting the need for thoughtful economic analysis on issues of reliance and damages. The AMD class certification order should serve as a guideline as to the courts’ application of important recent rulings including Halliburton I and II, and Comcast.