Home Resources MPI Insights On Your Deathbed, You Will Receive a Phantom Asset

There are many famous lines in the movie Caddyshack, the 1980 sports comedy film starring Chevy Chase, Rodney Dangerfield, Ted Knight and Bill Murray.  Among them is the exchange between Angie and Carl (Bill Murray), where Carl is relaying a story about caddying in Tibet for the Dalai Lama.  After the round, the Dalai Lama refuses to pay Carl for his work, saying, “There won’t be any money, but when you die, on your deathbed, you will receive total consciousness,” to which Carl replies, “So I got that goin’ for me, which is nice.”

“And I say, ‘Hey, Lama, hey, how about a little something, you know, for the effort, you know.’ And he says, ‘Oh, uh, there won’t be any money, but when you die, on your deathbed, you will receive total consciousness.’ So I got that goin’ for me, which is nice.”
– Carl Spackler

A similar situation may be unfolding for taxpayers due to the proposed regulations under Section 2704 of the Internal Revenue Code, although it will be anything but nice.  Much of the attention since early August has been on the new 2704-3 language, which contains a new set of disregarded restrictions.  The initial reaction in the wealth planning community was that these new disregarded restrictions would eliminate many valuation discounts in the intra-family transfer context.  More recently, a second interpretation has emerged from both attorneys and representative Catherine Hughes of the IRS.  That is, while the act of disregarding restrictions is material, it does not go so far as to assume rights that do not exist.  For example, there have been suggestions that disregarding a withdrawal restriction does not have the same effect as granting a put right.

If this recent discussion persists and leads to clarifications and modifications to the proposed regulations that are taxpayer-friendly in this regard, the focus of wealth advisors may shift to the amendments to the lapse rules under 2704-1.  The changes to 2704-1 would remove the availability to use the highly important exception contained in 2704-1(c)(1).  Lapses of voting and liquidation rights are considered gifts under the tax code.  However, the exception referenced in this paragraph states that a lapse will not be deemed to have occurred if rights with respect to the transferred interest were not restricted or eliminated.  For example, this allows a 100% owner of a business to transfer two 33% blocks to his children without a lapse being deemed to have occurred, because nothing about the 33% blocks was restricted or eliminated.  Any discounts that apply are entirely driven by the fractionalization of the block, and not by restrictions.

The proposed changes would institute a three-year lookback, such that if the transferor dies within three years of the transfer, a lapse will be deemed to have occurred upon death.  Such a result could entirely unravel the effectiveness of the prior gifts.  If a lapse is deemed to have occurred on death, a phantom asset is includable in the estate that is equal to the value of all interests held by the transferor prior to the transfer, less the value of those same interests after the lapse and on a fractionalized basis.  There are also questions as to whether marital and charitable deductions, and a step-up in basis are available relative to that phantom asset; they may not be.  In short, taxpayers will have to survive three years after making transfers for such transfers to be fully effective.  Folks that have been in the industry long enough will remember either directly or through history lessons, that there used to be a very similar three-year rule.

Might the future of estate tax administration routinely involve the valuation of phantom assets?

Dees and Sorrows Speak in Chicago

Tadd Lindsay and I attended a luncheon at the Standard Club in Chicago put on by the Business Valuation Association (“BVA”).  The BVA’s first meeting of the current season was quite a hit, as the organization brought in Richard Dees and Michael Sorrows of McDermott Will & Emery to speak about the hot topic du jour:  Proposed Section 2704 regulations.

Mr. Dees is one of the nation’s foremost experts on this area of the tax code, and so it was no surprise that the presentation was both highly anticipated and equally enlightening.  The following constitutes my notes on certain important topics within the presentation, coupled with some context and subsequent developments.  You will see many of the same themes emerge as were discussed previously in this piece.

While we are all peering into our crystal balls, we know there is no way to predict the remainder of this process.  The current consensus, much of which is influenced by the recent comments made by Ms. Hughes, seems to be that the regulations will be revised through a lengthy process that will give due consideration to comments from ABA, ACTEC, the New York State Bar, and a host of other organizations and individuals.  This process could take months or years to play out.  In addition, it is entirely possibly that even the revised, final regulations will be challenged in Tax Court many years from now.

Despite all of the above, change is in the air, and it is more likely than not that we will see new regulations under Section 2704 at some point.  Advisors have been wise to alert their clients to the tremendous uncertainty that exists around this issue, and to the real possibility that meaningful change will be brought to the world of intra-family transfers and gift and estate tax valuation as early as next year. 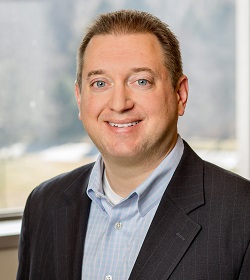